Lennier: And in my eleventy-fifth year in the temple, I began to study the 97 dialects and subtongues of our homeworld. And I discovered something truly amazing.
Londo: Yes?
Lennier: Yes. The same word, n!kai, appears in every Minbari dialect and subtongue, yet it never means the same thing twice. For instance, it can mean sand, father, boot—
Londo: Really. That’s astonishing. Truly.
—Babylon 5, “The Quality of Mercy”

Londo is right. Lennier has said something truly astonishing. He said there were only 97 dialects and subtongues on the entire planet of Minbar. That statement is so fractally implausible that it’s worth taking the time to dissect it. 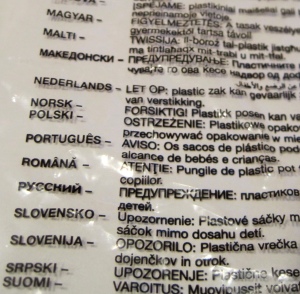 First of all, note that there are only “dialects and subtongues”. Apparently there’s exactly one distinct language on Minbar, however fragmented. Did verbal communication only arise in one place on the planet, or was there some cultural or physical genocide that eliminated all other tongues and destroyed all record of their nature?

Then there’s the number: 97 is very precise. Are there, then, distinct borders around each of the dialects and subtongues? I’m in a mixed-dialect marriage, and Martin and I can’t agree whether our household language is British or American English. Do the speakers of the different Minbari dialects never immigrate or intermarry? Did language formation stop, and all scholars come to agreement about the borerlines among them?

These are ridiculous questions, and answering them would require a phenomenal amount of retconning and re-engineering of other aspects of their societies. The simple fact is that the Minbari, like pretty much all nonhumans in SF&F, aren’t realistically varied, either culturally or linguistically. I think there are two causes of this: 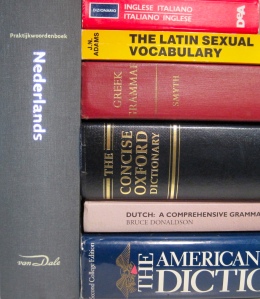 The elephant in the room here is, of course, JRR Tolkien, who invented philologically plausible languages and writing systems for several of the major races in his world. I’m sure there are criticisms to be leveled (Are his species as linguistically and culturally diverse as they should be? Why don’t the hobbits have their own language, separate from the tongue of Men?) But if other writers managed even the appearance of the complexity he created, our genre would be richer for it.

So how does someone who is not a tenured professor of philology at Oxford University go about creating linguistically plausible aliens? Let’s sketch out a realistic, generic cultural and linguistic backdrop for a species. Of course, a lot of it is stolen from human history, but I think the factors that influenced us are pretty universal to planetary populations.

A species that’s scattered all over a planet is likely to “invent” civilization several times in different, isolated places. Each of these civilizations, which will include language as well as culture, will have its own distinctive identity. As a result, there will probably be multiple, mutually unintelligible language families. There may, at this stage of the species’ cultural evolution, be strong behavioral, religious, and ethnic traits associated with those families. That might not last.

Note that these are language families, not individual languages. Unless a population of speakers is close enough to talk to each other practically every day, pronunciation and local vocabulary will start to drift. Give it long enough, and the drift will get in the way of mutual intelligibility. Then the different populations are on their way to speaking different languages within the same family. A good example of this is the evolution of the Romance languages from late Latin.

Counterbalancing this slow spread of linguistic variety will be a number of consolidating factors. As small tribal groups unite into larger entities, one dialect may become the main language across them all. This is the story of most modern European languages: modern Italian comes from Tuscan, modern English is a descendant of Wessex dialect, modern Dutch is basically Hollands, and the ancestor of modern German was originally just spoken in Saxony. The previous dialects may still survive as subsidiary languages. 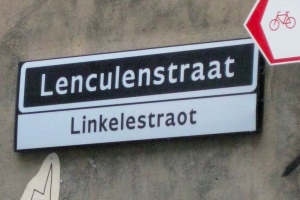 When two less-related languages meet, things get even more interesting. They may merge into a creole, or coexist side by side (think Belgium, or Switzerland). One may become the dominant language and the other the “kitchen” tongue. Or—and this is rare and difficult—one language may supplant another completely. I’d still expect, in that event, a large population of loan-words from the loser to infect the winner.

Languages will die, the way that Latin, Classical Greek and Cornish have. Languages may be revived, as Hebrew was. Conquered languages will be a source of national pride and nationalist fervor.

This braided pattern of branching, overlapping, conquering, uniting and resplitting languages is all backdrop. How does it affect specific characters? What plots does it create, and what does it make impossible? A few thoughts:

Any more? And which works would you say do a spectacularly good or notably bad job of working with languages?

This entry was posted in Allochthonia. Bookmark the permalink.