The city of Amsterdam’s current publicity campaign is “I Amsterdam”, printed in black and red.

There is a certain irony in using a pun-derived slogan in English to advertise a Dutch city. There is even more irony in then translating that slogan into languages with other alphabets, using the same distinctive layout and color mix. But they have, and they’ve mounted it on canvas banners around the back of Centraal Station. 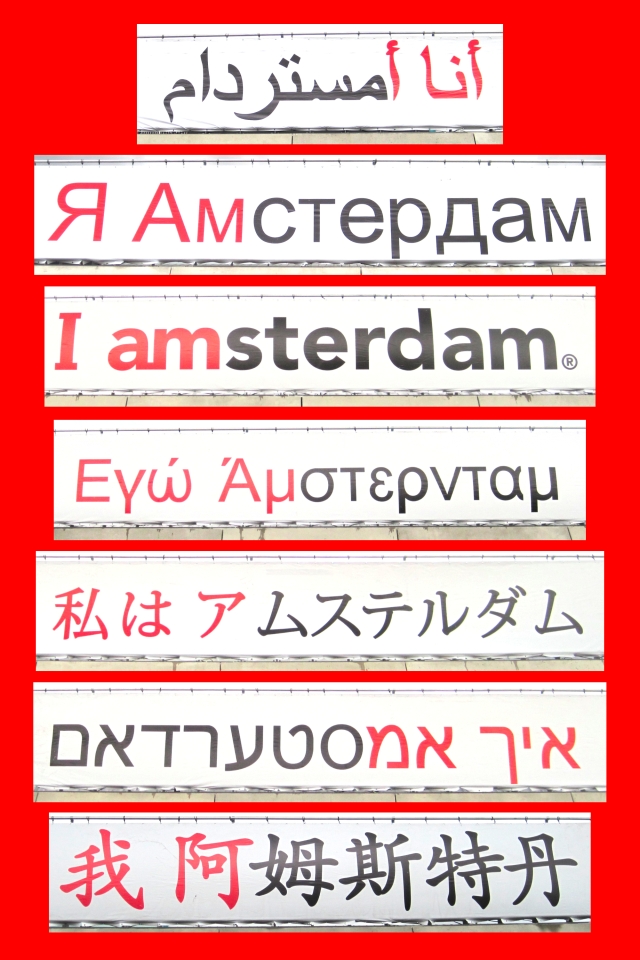 And I love it. The strong design appeals to me, and parsing the red letters gives me the same brain-stretching feeling that winging it in languages I barely speak does. It’s the perfect advertising campaign for a cosmopolitan, international city.

This entry was posted in Allochthonia. Bookmark the permalink.

11 Responses to Typography and Languages Redux