It might be useful, considering how much I discuss worldbuilding on this blog, to define exactly what I mean by the term. Why am I banging on about it? Why do I think it’s important, particularly for science fiction and fantasy?

Well, before I get into worldbuilding, I need to talk for a moment about setting. As I use the term, setting is the physical, cultural and social space in which the story takes place. For Jane Austen and Georgette Heyer1, it was early nineteenth-century Britain; for Gene Roddenberry it was the starship Enterprise and the Federation it flew through. It can be as small as a single room, or as large as the entire universe. 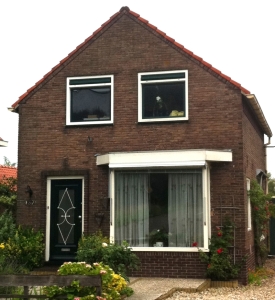 The setting of a novel is like the house the story lives in.

The problem is that a lot of SF&F uses unusual, one-off settings. So the author has to build the house from the foundation up, then take the reader on a tour of it. That’s why Vernor Vinge spends time explaining the Zones of Thought, while Helen Fielding can use the phrase “granny pants” without devoting a paragraph to them.

Now, one can build a perfectly adequate setting by simply specifying all of the places and contexts where scenes of the story will take place. Since even a novel has a relatively limited number of scenes, the true setting—the building made up of the rooms the story uses—will be relatively compact.

Unfortunately, readers live in the real world, which is much more complex and intricately detailed than a little setting-house.

A writer simply can’t build a setting this rich in the space of a novel, not even by discarding all plot and characterization to do it. And this is where worldbuilding comes in. It’s the art of making a simple story-house seem as complicated and spacious as the real world. 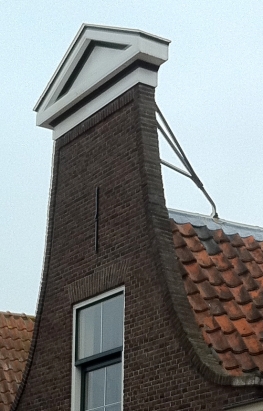 Sometimes the change needed is tiny. Sometimes it’s just adding the smallest fillip of extra detail: another species, briefly glimpsed; an expanse of farmland just visible over the walls of the city; a characteristic figure of speech.

“I too…Well, the Glaciers didn’t freeze overnight…” Cliché came readily to his lips, but his mind was elsewhere.

Not that The Left Hand of Darkness is the product of worldbuilding by means of lightweight, unobtrusive details. But that particular phrase is a perfect example of the subtle, pervasive and persuasive tricks that Le Guin uses to make her worlds more real. Of course Gethenian languages would use snow and ice metaphors in their clichés. We build figures of speech out of universal experiences, after all. And so, reading that, I believe in the world a little bit more.

None of this is news to most SF&F writers. Like characterization and plot, setting is a fundamental building block of storytelling. And the difference in effort between telling a story in the known world and creating a whole new setting is obvious. Most of the authors I read have achieved at least a workmanlike competence in making their worlds feel realistic, long before they’ve landed a publishing contract.

But what interests me is the difference between merely adequate worldbuilding and the really excellent stuff.

When a planet has one religion or one language; when its cities are interesting but have no long tail of history written into their stones and signage; when its inhabitants have heat but no fuel2, or transport but no parking2…well, it’s kind of like the building to the left. If the viewer is willing to squint a little, or pretend that a house is supposed to have walled-off windows, then it’s just about plausible that the top floor is larger than it really is.

And if the action is moving swiftly, like a car driving through the streets so fast that everything is a blur, the setting may not need to be more than a convincing shape glimpsed out of the corner of an eye. Sometimes a mere gesture in the direction of complexity is enough, because some books only need a tiny bit of worldbuilding.

But sometimes authors need to do more than the bare minimum. It rarely takes that much more—no one has to do a Tolkien and invent syntactically consistent languages for all of the nations and cultures of a world.

Indeed, although inventing languages, cultures, religions and typographies can be fun and useful, it also presents certain temptations to the writer. There’s a real delight in sketching out plausible alien worlds and the creatures that live on them, or outlining histories of empires the story will never visit. Exercises like that make the author love the world that much more, and that love will show in the writing. But it is possible to be so enamored with all of that background thinking, or so keen to justify the time it took, that the story becomes clogged with extraneous details, bloated with erudition.

What I enjoy—what I want to explore in this blog—is that fine balance between too little worldbuilding and too much. How can a writer give the reader just the right taste of a complete and complex world? What is the prose equivalent of the shutters on that last building?

This entry was posted in Allochthonia, De Nieuwe Batavia, Worldbuilding. Bookmark the permalink.